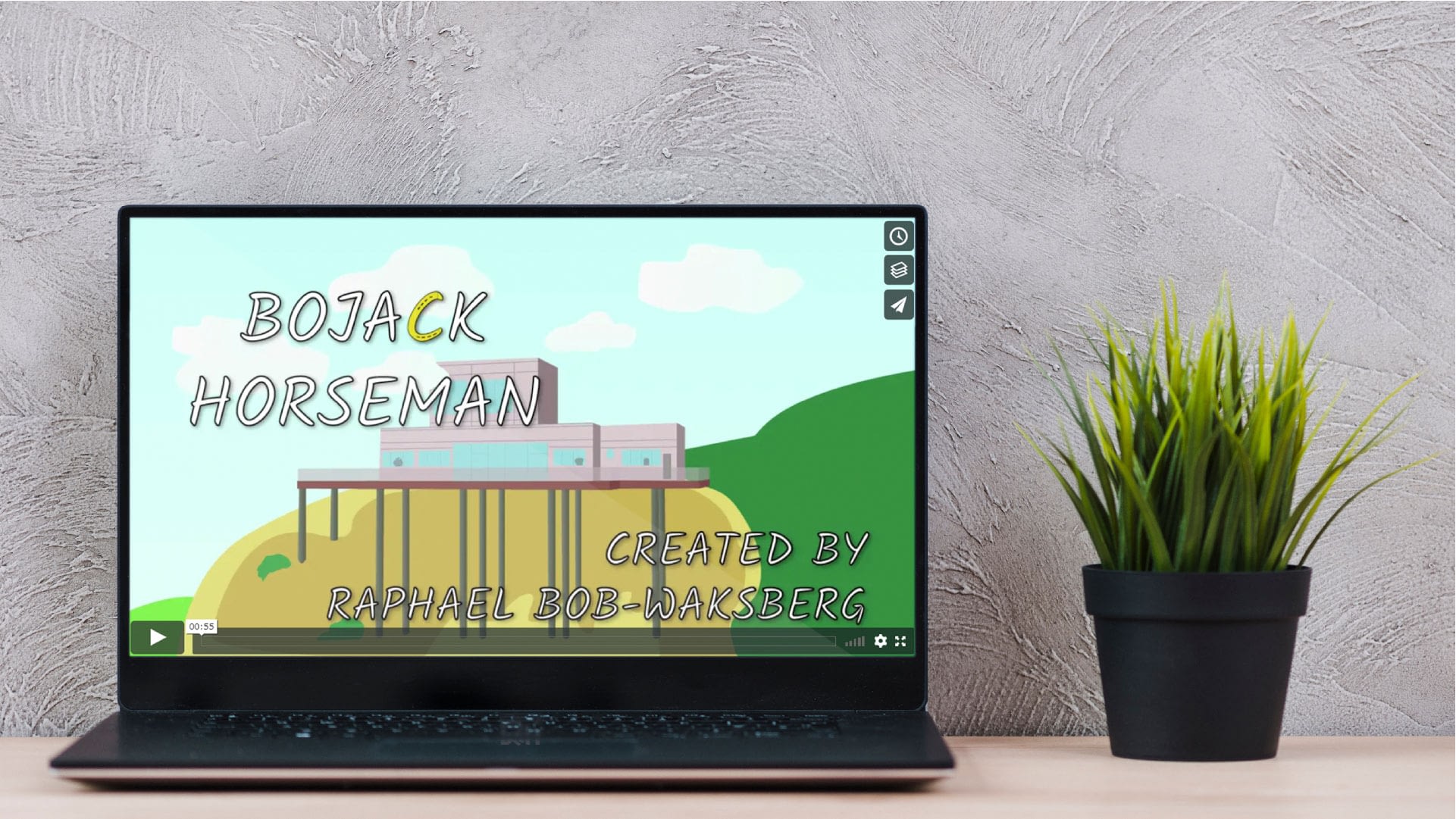 Creating a title sequence is not the easiest task. It takes a lot of planning to figure out which intro would be recreatable. My original idea of recreating Narcos didn’t work out, so BoJack Horseman being one of my favorite shows of recent was the obvious choice. Finding a new take on this intro was difficult though. I created each character in Illustrator and made the rooms they were in follow their personal color scheme found throughout the shows. The mansion is iconic to the show, so I thought starting it off with that would clue the viewer into what they were seeing. It can be found in the title sequence to the show as well, so it stayed consistent in a few ways. Each character’s intro scene captures a little bit fo their personality and really does the job well. The editing is simple, yet on beat to capture the audience. It stays true to the show itself and displays a lot of what the show is about in a colorful and inviting manner. This appeals to anyone that loves BoJack Horseman and wants to experience a twist on a lot of people’s favorite shows. The biggest challenge was keeping the transitions consistent throughout while changing them up on every person.