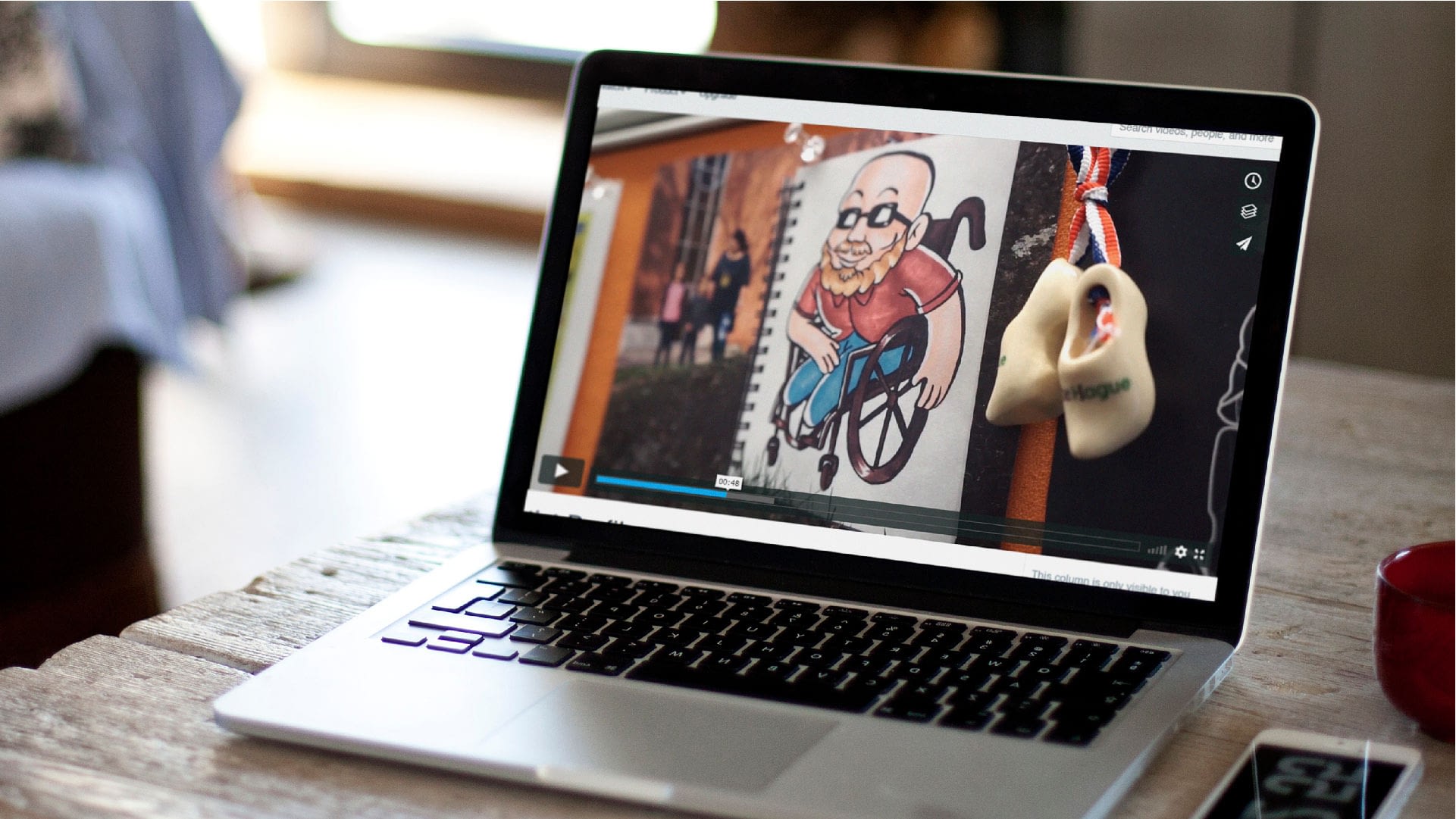 Working in teams, we began writing a script, capturing and editing footage that documents an individual artist, in our case, we chose Tim Cox, Assistant Professor of Graphic Design at Johnson & Wales University. Once our script was crafted, we let our subject know the questions. Filming the interview and editing all the clips together was the next goal. We went into the presentation room when it was unoccupied and filmed in RAW. This way, I would have more freedom with the look of the video when it came to editing. After we had the main footage shot and ready, we had to dig through it all to find the most impactful answers. We had around 8 minutes of footage that we brought down to around 3 minutes. Tim Cox has lived an incredible life and has many stories to tell, so this was tough to cut. Filming b-roll was rough because I was unable to find the connector piece for my tripod, so a lot of it was shakey. The parts that were too shakey, then I turned them into still frames to keep the film smooth throughout. The final movie had a lot of different shots than initially started with. After trimming the interview down into a quick watch and adding color corrections with b-roll, the final product was sent off and had a lot of great feedback from Tim’s Facebook friends.